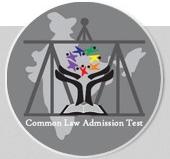 CLAT result will be published through merit lists prepared on the basis of overall merit, preference-wise, gender-wise, state-wise and reservation wise. (SC/ST/OBC/PWD).

A candidate whose name figures in more than one list will be given a choice after the declaration of the CLAT- 2010 result to unconditionally and irrevocably choose from any of the lists through which they want to seek admission within a stipulated time.

If there is a tie between two or more candidates in the CLAT examination result the same shall be resolved in the following manner in the order provided :
(1) Higher marks in section on Legal Aptitude/Awareness of the CLAT examination.
(2) Elder will be preferred
(3) Draw of lots

The basic principle of admission through CLAT-2010 is merit-cum-preference. When a candidate’s name appears in the merit list he/she will have to deposit a sum of Rs. 25000/-, non-refundable but adjustable in the fee to be payable at the time of admission, to confirm his/her intention/ seriousness to take the admission. Failure to deposit the above mentioned amount by the given date shall be treated as that the candidate is not interested in the admission and his/her claim to admission shall automatically cease to exist.The name of the bank, the account number and the date by which it is to be deposited will be displayed at the CLAT website.

The CLAT-2010 is being conducted by National Law Institute University (NLIU), Bhopal.