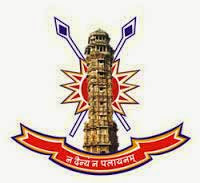 The saga of Chittorgarh where the School is located is replete with heroic tales of romance and chivalry. Its history revolves around the ancient Chittor Fort that dates back to 566 AD when the Sisodias reigned over Mewar, an important part of the Rajput Kingdom. It was a dynasty which upheld the traditional values of courage and honour to keep alive its independence. Over the centuries, Chittorgarh was attacked and sacked by Allauddin Khilji, Bahadur Shah of Malwa, and the Mugal Emperor, Akbar. Each time, the Rajput rulers displayed exemplary heroism, always choosing death to dishonour, till the Fort was finally annexed to the Mughal Empire in 1567. Integral to its proud history are also the names of Rana Sangha, who built its famous Victory Tower, Rani Padmini, and the Krishna devotee, Meera Bai.