1. Weightage to Form of Questions:

UNIT 1 (HISTORY ) India and the Contemporary World - I

UNIT 2 (GEOGRAPHY) : India-Land and the People

UNIT 5 DISASTER MANAGEMENT (For projects and Assignments only)

* Questions for Map Work have been combined to form one question.

Note : The following question is for the visually impaired candidates only, in lieu of map Q.no. 31.
(31.1) Which is the smallest state of India in respect of area?
(31.2) In which state is Aravali mountain range?
(31.3) Name the highest mountain peak of India.
(31.4) What is the latitude of Tropic of Cancer?

11. Lenin put three demands which were known as Lenin's 'April Theses'.
They were :

These three demands to be explained.

After the defeat of Germany in the war, the German emperor abdicated and Weimer Republic was proclaimed by the National Assembly with a federal structure.

23. The Jacobin government under Robespierre abolished monarchy and declared France as a Republic, a form of government where people elect the government, including the Head of the State.
Inspite of bringing these landmark changes, his period was referred to as a reign of terror.

24. The circumstances that helped the middle class in bringing social and economic changes in France in 18th century:

(a) American war of Independence
(b) Spread of new philosophy
(c) Expansion of Trade
(d) The belief of the lawyers and administration that no group in society should be privileged by birth.
(e) Rise of new ideas that society should be based on freedom and equal laws and opportunities for all.
(f) Any other relevant point.
(Any five points to be explained)

25. The changes introduced by the Bolsheviks after October Revolution (1917)

(a) Nationalisation of Bank
(b) Land declared social property
(c) Land distributed among nobility.
(d) Partition of houses according to family requirement
(e) Banned old titles of aristocracy
(f) New uniforms designed for officials
(Any five points to be explained)

Policies adopted by Hitler once he came to power in 1933.

26. Physical division of Peninsular Plateau:
(A) Central Highlands (B) Deccan Plateau
Characteristics
A. i. Lies to the north of Narmada river.
ii. It covers a major area of the Malwa plateau.
iii. It is bound by the Vindhyan range in the south and Aravalis on the north west.
iv. The Central Highlands are wider in the west and narrower in the east.
v. The eastward extensions are locally known as the Baghelkhand, and Chotanagpur.
vi. Any other relevant point.
(Any four characteristics.)
B. i. The Deccan plateau is a triangular landmass.
ii. It lies to the south of the Narmada river.
iii. Satpura range flanks its broad base in the north while Mahadev, the Kaimur and Maikal ranges form its eastern extensions.
iv. It is higher in the west and slopes gently eastwards.
v. Its extension towards northeast, locally known and the Meghalaya as Karbi- Anglon plateau.
vi. Any other relevant point.
(Any four characteristics.)

27. Democracy is a form of government in which the rulers are elected by the people or any other relevant definition.

i. A democratic government is a better government because it is more accountable to the people.
ii. Democracy improves quality of decision making.
iii. Democracy provides a method to deal with differences and conflicts.
iv. Democracy enhances the dignity of citizens.
v. Any other relevant point.
(Any four points to be described) 4x1=4 marks

(a) The constitution generates a degree of trust and coordination that is necessary for different kinds of people to live together.
(b) It specifies how the govt. will be constituted, who will have power to take which decisions.
(c) It lays down limits on the power of the government and tells us what the rights of the citizens are.
(d) It expresses the aspirations of the people about creating a good society.
(e) Any other relevant point.
(Any three points.)

29. The four main requirements for the production of goods and services are:

30. l The two types of unemployments are (i) seasonal (ii) disguised
l The unemployment has detrimental impact on the overall growth of an economy.
(a) It is a wastage of man power resource.
(b) It increases the economic overload.
(c) It tends to increase the number of dependant population.
(d) Increase in unemployment is an indicator of a depressed economy. 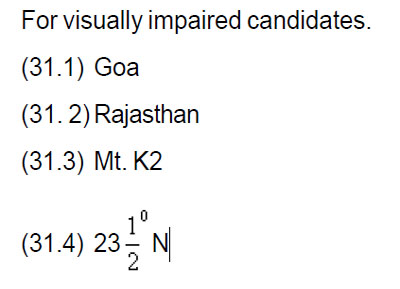 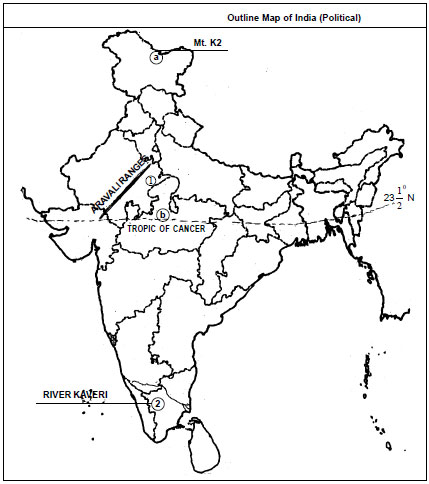