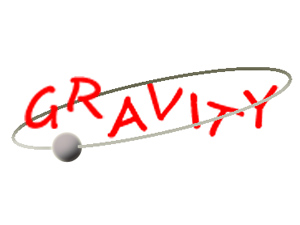 Ancient Indian mathematician Bhaskaracharya, in his book Siddhanta Shriromani, had defined laws of gravity in 12th century, 500 years before Newton defined them for us. The speed of light was known to Indians since Vedic period, centuries before it was calculated by the Western world.

Maitree, a group of professionals from Tata Consultancy Services and Bengaluru-based NGO Sanskrit Bharati have come together with a unique exhibition, Pride of India, to spread awareness about India’s rich scientific heritage.

The exhibition will showcase 150 posters, each explaining one Sanskrit shloka from ancient Indian scientific literature. “The shlokas (verses) by ancient scientists and mathematicians like Bhaskaracharya, Baudhayana, Apastambha, Bhaskaracharya’s daughter Leelavati have been showcased in the exhibition.” says Aashish Manjaramkar, exhibition coordinator. “Our aim is to tell that zero is not the only contribution that Indians have made to science and maths.” he adds.

Manjramkar tells, “Very few of us know that speed of light was known to Indians in Vedic period. A shloka says that the speed of light is 2202 yojana per half nimish.  Yojana is a unit of distance which equals to 9.06 miles and half a nimish (nimishardha) is one tenth of a second. The figure is very close to the modern measurement of speed of light.”

Sanskrit Bharati, which works in all major cities of India and also in 16 USA cities., was established in 1983 and works for promotion of Sanskrit as spoken language. The organisation regularly stages such events across India. The venue of the exhibition is The TCS’s Quadra office at Magarpatta city on Friday. For more information about the exhibition call Madhav Kelkar at 9422361095 or Aashish Manjramkar at 9422188702.

“One of the shlokas in the exhibition describes a conversation between and his daughter Leelavati, who also was a mathematician. The conversation beautifully explains spherical shape of earth, gravitation force that keeps planets revolving in space,” says Manjaramkar.