(News) Class X board exams will become optional from next year

Class X board exams will become optional from next year 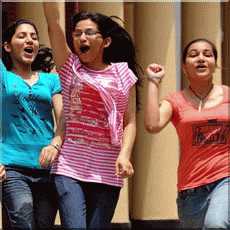 From the coming academic year (2010-11), the Class X board exams will become optional in all CBSE schools. The board will make a formal announcement to this effect probably by Friday, once the blueprint of the new system to replace the board exams is frozen. CBSE sources said board chairman Vineet Joshi will, on Thursday, hold the last presentation and consultation session in Madhya Pradesh on the changes being brought about before the draft is finalized and made public. Making Class X boards optional was a prominent part of HRD minister Kipal Sibal’s 100-day agenda. The sources said CBSE has prepared the format of an aptitude exam which schools can use to test Class X students on their level of understanding in each subject. The emphasis, however, will be on continuous and comprehensive evaluation (CCE) through the year.

‘‘CBSE has decided to go strongly on making the Class X board exam optional and implement CCE grading system and other alternatives. The process of review of the present Class X exam system is over,’’ Joshi told TOI.
He said CBSE had also conducted a survey among students on whether they want the board exam to continue. ‘‘In a couple of days, we will come out with final modalities of the new system,’’ he added.

Soon, compulsory yoga in schools
NCERT officials say yoga will soon be made an integral part of physical education in schools. ‘‘We’re ready with the syllabus and teacher guide, We’re preparing the textbook,’’ said Saroj Yadav, coordinator for health and physical education, NCERT. P 12 Online test option for 10th graders
New Delhi: CBSE chairman Vineet Joshi said there were apprehensions that the new format would create two categories of students, those who take the exam and others who don’t. ‘‘Concerns have also been raised on the problem of certification for those who opt out. We have addressed them in the new plan and provided alternatives,’’ he said.

Among these alternatives is the provision of an online, on demand test for those who don’t take the board exam but want certification later on. ‘‘The certificate issued after this online exam would be equivalent to the Class X certificate. The test will help students who want to change streams in Class XI,’’ Joshi said. In another major decision aimed at ensuring that schools maintain basic standards, CBSE has decided to have an independent agency for accreditation of CBSE schools. All schools under the board will have to get themselves evaluated by this agency within three years. New schools will get CBSE affiliation three years after they have been accreditated. Joshi said the accreditation agency could be either a government or private body. ‘‘The Quality Council of India has shown interest in the project,’’ he added.