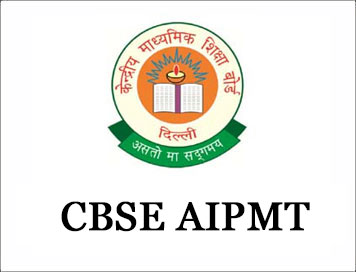 Over 630,000 students will have to take the All-India Pre-Medical Test afresh in four weeks after the Supreme Court on Monday scrapped it due to large-scale irregularities but experts fear protracted admission delays after the CBSE indicated the time-frame was not enough.

A bench of justices RK Agarwal and Amitava Roy also ordered that all institutes involved in the AIPMT exam process must cooperate with the CBSE to conduct the retest.

The bench said that although the re-conduct of the examination would consume time and cause inconvenience but to maintain the "impeccable and irrefutable" credibility of examination "this is the price, the stakeholders would have to suffer".

"We are not unaware that in holding the present examination as well as in participating in the exercise, all genuinely concerned have put in tireless efforts. All these however have been rendered futile by a handful of elements seeking to reap undue financial gain by subjecting the process to their evil manoeuvres.

"We have thus no hesitation to order that the All India Pre-Medical and Pre-Dental Test stands cancelled. CBSE would now have to hold a fresh examination at the earliest... We direct the Board, in the attendant of facts and circumstances to hold the examination within a period of four weeks from today," the bench said.

The top court rejected the CBSE’s argument that cancelling the test would be unfair when only 44 students had been booked for unfair practices and said the entire examination process stood vitiated.

"The bigger issue is that the sanctity of the examination is under suspicion. We want to be doubly sure that there is no alternative but to order re-conduct of the exam," a two-judge SC bench said.

The court was hearing a batch of petitions filed by candidates, who wrote the exam, seeking its cancellation.

Talking on the possibility of conducting the retest within four weeks, CBSE Public Relations Officer (PRO) Rama Sharma told HT that the board is discussing and deliberating the matter and will come out with an official reaction later in the day.

However, sources in CBSE said it would be very difficult to conduct the exam in four weeks time.

Experts agreed that it was impossible to conduct a nationwide pen-and-paper test within four weeks but warned any further jam was likely to rob students’ of alternative academic options because admissions to colleges and other medical institutions would close by then.

The examination is used to fill up over 3,800 coveted medical seats – around 15% of the total -- and students fear the four-week window is not enough to prepare for the tough examination, which tests their knowledge of Physics, Chemistry and Biology.

“I am so tense now. Again I have to study and this time I don’t know how difficult the papers would be. Unlike previous years, the pattern of papers was different this year. Now again a great uncertainty has set in,” said 19-year-old Swaraj Mishra in Bhopal.

Reacting to the SC decision, AIPMT aspirant Divya Kasana of Hanimangarh (Rajasthan) said retest will be beneficial for all those who took the exam, since reports of alleged paper leak and cheating had created apprehension among them about the fairness of the test this year. Scores of AIPMT aspirants coaching in Kota want a re-test, she added.

AIPMT aspirant Harshita Bhardwaj from Tonk (Rajasthan) said, "SC orders for re-test is not beneficial for the aspirants as she is confused whether to prepare for AIPMT again or participate in counselling of State PMT's on their selection.” However, she admitted that declaration of results would certainly have put a question mark on the credibility of the exam since it has faced blames of alleged cheating and paper leak. experts

Delhi's Gaurang Goswami was shocked when he heard on Monday that the Supreme Court had cancelled the All India Pre-Medical Test (AIPMT) because of allegations of widespread irregularities, including mass cheating.

“At first, the delays in announcing the result made me feel that they would not cancel the test. But when they did, it came as a shocker,” Goswami said.

Goswami gave the test for the first time in May after preparing for it since the time he was in Class 11. He dreams of being a neurosurgeon.

“Yes, we have to sit for the test again but I feel it is worth it. There are many seats on offer in prime government colleges,” he told Hindustan Times.

Goswami said: “It will be back to the studying table for a lot of us. We have had to attempt several tests over the last few months, so I don’t expect a lot of us will face much trouble in recalling facts.”

“I am quite certain that many candidates might have benefitted by resorting to cheating. And it would be difficult for the law to identify every single one of them. It would be a loss to all those who gave the exam after studying for it very hard.”

“So even if I were to say, get admission in some far-off place, I would certainly keep an eye on AIPMT because I want to stay in my hometown,” said Poonam.

“The AIPMT on May 3 was surprising and a bit on the difficult side because of that,” Poonam said. “The retest will certainly help us, now that we know we have to expect the unexpected.”

“Giving the test again adds to the stress we are already in. Most other colleges have either closed admissions or are in the process of counselling,” said another Delhi student Madhur Sharma, who wants to be a psychiatrist.

The exam results, which were to be declared by the Central Board of Secondary Education (CBSE) on June 5, have been at the centre of controversy since the irregularities were discovered.

On the last hearing, the apex court had come on heavily on CBSE, questioning the education body on its security measures to prevent such practices.

"You (CBSE) are an institution conducting the exam. Why did you not take precautions? This modus operandi was followed last year also. You must have been aware," the bench had said while reserving its order for June 15.

The CBSE was scheduled to declare the AIPMT results on June 5, but the declaration was postponed after the apex court on June 3 directed the board not to do so till June 10 in the light of the allegations.