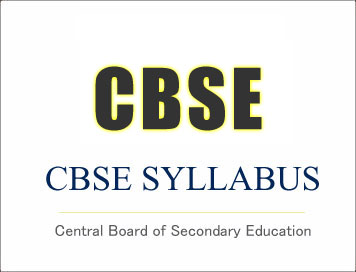 In 2008 a curriculum has been devised for classes VI to VIII. As a result of that the syllabus for class IX now does not start at the very beginning, as was the case till now, but where the class VIII syllabus finishes. The syllabus continues to follow the communicative and interactive approach. The stress is now not so much on grammar but on communication. Translations have been removed. Translation science has made enormous progress and the word to word translations that students at this level generally attempt are not relevant today any longer. Translation is a science within itself and needs rigorous training before it can be attempted. What has been incorporated is the summarisation of a German text in English. The students will get a passage in German that has to be summarised in English. Other written tasks should include making a poster for the school notice board, writing short messages as also short formal Emails.

This is in consonance with the language policy of the CBSE. Reading skills have been given special attention. Students should be familiarised with reading strategies. Awareness has to be created that there are no difficult texts but only difficult questions. This effectively means that the texts  chosen  should be authentic and teachers have to develop the skill of forming tasks/ exercises that help students extract the most from a seemingly difficult text.

Listening skills and speaking skills have also been incorporated. The same approach as to reading applies also to listening skills. Authentic texts using audio texts from all German speaking countries with appropriate exercises should be used. People in German speaking countries have multiple dialects and accents and are proud to use them in their day to day life. It is important to make students aware of this and get their ears used to these regional differences. The Swiss do speak in a somewhat different accent than the residents of the city of Hamburg in northern Germany.

Speaking skills are to be promoted in class. This is what motivates students and makes the language come alive for them. Speaking about friends, school, parents, hobbies, social awareness and the environment in class will give them confidence to also express themselves in the real world.

Finally the assessment will have to reflect the new approach. There should be more stress on understanding and expression rather than grammar tests. Grammar though important should not become the primary focus of testing pushing communication to the background.

The following objectives build upon the objectives already stated for classes VI to VIII. The objectives given below will apply to both classes IX and X which can be treated as one unit

By the end of class X students should be able to

dialogue or a short spoken text and respond