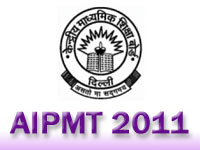 Unit : 1 Diversity in Living World
Biology – its meaning and relevance to mankind

Linkage and Crossing over; Inheritance patterns of hemophilia and blood groups in humans.

Theories and evidences of evolution, including modern Darwinism.

Unit : 4 Structure and Function – Plants
Morphology of a flowering plant; Tissues and tissue systems in plants;

Absorption and movement of water (including diffusion, osmosis and water relations of cell) and of nutrients; Translocation of food; Transpiration and gaseous exchange; Mechanism of stomatal movement.

Elementary knowledge of morphology, anatomy and functions of different systems of earthworm, cockroach and frog.

Unit : 7 Reproduction and Development in Humans

Ecological adaptations – Structural and physiological features in plants and animals of aquatic and desert habitats.

Biopesticides (micro-organisms as biocontrol agents for pests and pathogens); Bioherbicides;

Microorganisms as pathogens of plant diseases with special reference to rust and smut of wheat, bacterial leaf blight of rice, late blight of potato, bean mosaic, and root - knot of vegetables.

Unit : 10 Biotechnology and its Applications

Microbes as ideal system for biotechnology;