CCE : List of Activities in Mathematics For Classes III To VIII - 2008 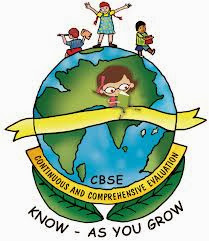 The Board has already published detailed guidelines for Mathematical Laboratory in schools for class IX and class X including hands-on activities to be done during these academic years.

Given below is the list of activities to be done by the students in classes III to VIII during each academic year.

Activity 2: To represent the following pair of numbers on straight lines, using stickers. Also find the greater number from the representation (i) 7 and 11 (ii) 9 and 5

Divide the class in groups of 5 students (say)

Using a measuring tape ask each group to measure the following

Ask them to note down the following observations:

Activity 1: To draw the following on a dot paper

Activity 2: (a) To find the centre of a circle by paper folding and verify that length of radius of the circle is always same.

(b) To make a geometrical design using compass and a ruler.

ii) same radii and centre’s on the same line

Activity 3: Do the following by paper folding

a) Transform a square into

b) Transform a rectangle into

(b) To observe the change in angles between any two adjacent match sticks.

(c) To make a degree clock by paper folding.

Activity 3: To observe hands of the clock at different time in a day and record four observations each of the following

(a) right angle between hands of the clock

(b) angle less than a right angle between hands of the clock.

(c) angle more than a right angle between hands of the clock.

Activity 2: To find prime numbers from 1 to 100 by Eratosthenes Sieve’s method.

(a) Make a perpendicular line from a point on a given line.

(ii) Do the following by paper folding using a circular cut-out.

(b) make the diameter

(d) make a sector of a circle.

Activity 8: To make the following shapes using a pair of set squares.

Activity 1: To represent the following products of decimal numbers on a square by drawing horizontal/ vertical lines and shading

Activity 2: To compare the marks obtained in all the subjects by a student in the first and second term examination by drawing a bar graph using paper cutting and pasting.

Activity 3:(a) Identify the conditions under which given pair of angles are complimentary.

(b) Identify the conditions under which given pair of angles are supplementary.

Activity 4: To verify that if two lines intersect at a point, then each pair of vertically opposite angles are equal by paper cutting and pasting.

Activity 5: To verify that if two parallel lines are cut by a transversal, then

i) each pair of corresponding angles are equal

ii) each pair of alternate interior angles are equal

iii) each pair of interior angles on the same side of transversal are supplementary by paper cutting and pasting.

Activity 1: Fold a paper 8 times in any way. Unfold and locate various convex and concave polygons.

Activity 2: To verify that the sum of interior angles of a quadrilateral is 3600 by paper cutting and pasting.

Activity 3: To verify that the sum of measures of the exterior angles of any polygon is 3600 by paper cutting and pasting.

(Note: Verify the result for a triangle, quadrilateral, pentagon and hexagon)

Activity 4: To make the following by paper folding and cutting

Activity 5: To verify that

i) diagonals of a rectangle are of equal length

ii) diagonals of a square are of equal length

iii) Investigate the results for a rhombus and a parallelogram, using stretched threads.

Go Back To Main Page