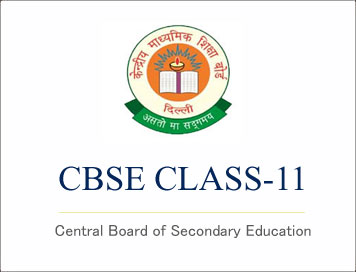 Senior Secondary stage of school education is a stage of transition from general education to discipline-based focus on curriculum. The present updated syllabus keeps in view the rigour and depth of disciplinary approach as well as the comprehension level of learners. Due care has also been taken that the syllabus is comparable to the international standards. Salient features of the syllabus include:

Chapter–3: Motion in a Straight Line

Frame of reference, Motion in a straight line: Position-time graph, speed and velocity.

Chapter–4: Motion in a Plane

Scalar and vector quantities; position and displacement vectors, general vectors and their notations; equality of vectors, multiplication of vectors by a real number; addition and subtraction of vectors, relative velocity, Unit vector; resolution of a vector in a plane, rectangular components, Scalar and Vector product of vectors.

Law of conservation of linear momentum and its applications.

Moment of inertia, radius of gyration, values of moments of inertia for simple geometrical objects (no derivation). Statement of parallel and perpendicular axes theorems and their applications.

Acceleration due to gravity and its variation with altitude and depth.

Pressure due to a fluid column; Pascal's law and its applications (hydraulic lift and hydraulic brakes), effect of gravity on fluid pressure.

Surface energy and surface tension, angle of contact, excess of pressure across a curved surface, application of surface tension ideas to drops, bubbles and capillary rise.