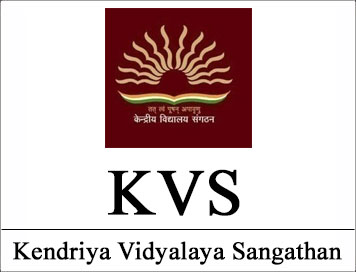 Unless the context suggests otherwise, the definition of the following terms used in these guidelines would be as below: -
(i). CENTRAL GOVERNMENT EMPLOYEES: An employee who is regular (i.e.an employee working on that post sanctioned by the Government in substantive capacity) and draws his emoluments from the Consolidated Fund of India.
(ii). TRANSFERABLE: An employee who has been transferred at least once in the preceding 7 years shall be deemed to be transferable.
(iii). TRANSFER: An employee would be treated as transferred only if he/she has been transferred by the competent authority from one place/urban agglomeration to another place/urban agglomeration which is at a distance of at least 20 Kms. and minimum period of stay at a place should be six months.
(iv). AUTONOMOUS BODIES / PUBLIC SECTOR UNDERTAKINGS: Organizations which are fully financed by the government or where the government share is more than 51 per cent would be deemed to be autonomous bodies/ public sector undertakings.
(v). SINGLE GIRL CHILD: Single Girl Child means the only child i.e. only girl child to the parents, with no other siblings.

(i). Admission of children with KV TC will be automatic (over and above Class Strength) if the parent has been transferred from one station to another. When the class strength reaches 55, the efforts should be initiated to open additional sections.
(ii). Defence personnel and Para-military Forces who shift their families to a station of their choice whenever they are transferred to some non-family areas or posted in Naxal affected areas, can admit their children on KV TC in a KV located at the station where they will keep their family.
(iii). In all other cases where transfer of the parent is not involved, the admission with KV TC would be done only with the prior approval of the Deputy Commissioner of the region concerned.
(iv). All cases of local transfer on KV TC will be done with the approval of DC concerned on merit.
(v). A student with KV TC may also be permitted in project KVs only up to class strength of 45 with the prior concurrence of Chairman, VMC. Beyond this no admission on KV TC would be done in project schools. However, Deputy Commissioner of the region is empowered to allow admission in the project/nearest KV in extremely deserving cases.

The students of State Boards/ICSE/NIOS may be considered for admission in class XI if vacancies exist.

(i) The child has been in the same course of studies i.e. in a CBSE-affiliated school.
(ii) For Class X, the child must have obtained not less than 55% marks in aggregate in class IX.
(iii) For admission to class XII, 55% marks in class XI examination is mandatory.
(iv) The child should otherwise be eligible as per KVS admission guidelines.
(v) The combinations of subjects opted by the student are available in Kendriya Vidyalayas.

A KV Student, who went abroad with his parents on their deputation to a foreign country, will be admitted to corresponding class on their return to India by the Principal of Kendriya Vidyalaya, where admission is being sought (such admissions will be over and above the class strength)

In case seats remain vacant after 30th June as the case may be, in the year of admission, Deputy Commissioner of the Region is empowered to allow admissions up to the prescribed strength as per priorities in admission up to 31st July. Note: In case of any issue related to the interpretation of Admission Guidelines, the decision of Commissioner KVS, will be final.