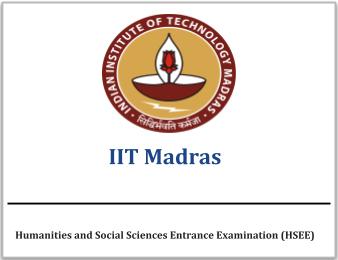 Unquestionably a literary life is for the most part an unhappy life; because, if you have genius, you must suffer the penalty of genius; and, if you have only talent, there are so many cares and worries incidental to the circumstances of men of letters, as to make life exceedingly miserable. Besides the pangs of composition, and the continuous disappointment which a true artist feels at his inability to reveal himself, there is the ever-recurring difficulty of gaining the public ear. Young writers are buoyed up by the hope and the belief that they have only to throw that poem at the world’s feet to get back in return the laurel-crown; that they have only to push that novel into print to be acknowledged at once as a new light in literature. You can never convince a young author that the editors of magazines and the publishers of books are a practical body of men, who are by no means frantically anxious about placing the best literature before the public. Nay, that for the most part they are mere brokers, who conduct their business on the hardest lines of a profit and loss account. But supposing your book fairly launches, its perils are only beginning. You have to run the gauntlet of the critics. To a young author, again, this seems to be as terrible an ordeal as passing down the files of Sioux or Comanche Indians, each one of whom is thirsting for your scalp. When you are a little older, you will find that criticism is not much more serious than the bye-play of clowns in a circus, when they beat around the ring the victim with bladders slung at the end of long poles. A time comes in the life of every author when he regards critics as comical rather than formidable, and goes his way unheeding. But there are sensitive souls that yield under the chastisement and, perhaps after suffering much silent torture, abandon the profession of the pen for ever. Keats, perhaps, is the saddest example of a fine spirit hounded to death by savage criticism; because, whatever his biographers may aver, that furious attack of Gifford and Terry undoubtedly expedited his death. But no doubt there are hundreds who suffer keenly hostile and unscrupulous criticism, and who have to bear that suffering in silence, because it is a cardinal principle in literature that the most unwise thing in the world for an author is to take public notice of criticism in the way of defending himself. Silence is the only safeguard, as it is the only dignified protest against insult and offence.

1. When do writers become indifferent to critics?
(a) When they are young and naive
(b) When they gain some experience and age a little
(c) When they read about the tragic demise of Keats and become more sensitive
(d) When they are driven by the material concerns of profit and loss
2. Which among the following does pose a challenge to young authors?
(a) Exigencies of market
(b) Pragmatic concern of editors and publishers
(c) Less anxious editors to publish best literature
(d) Savage criticism of reviewers
3. What is the wisest thing for an author to do to protect himself/herself from the criticism of merciless reviewers?
(a) To defend him/herself strongly
(b) To follow the example of Keats and endure it painfully
(c) To maintain a stoic silence
(d) To take a stand against insult and offence
4. What does the phrase "run the gauntlet" mean in the given extract?
(a) To engage in flattery to appease someone
(b) To ignore your opponents
(c) To be criticized or attacked by others
(d) To challenge and defeat your critics through your writing
5. Which of the following is a synonym of the word “unscrupulous” used in the excerpt?
(a) Demoralizing
(b) Covert
(c) Incisive
(d) Unprincipled

No doubt they’ll soon get well; the shock and strain
have caused their stammering, disconnected talk.
Of course they’re ‘longing to go out again,’
These boys with old, scared faces, learning to walk.
They’ll soon forget their haunted nights; their cowed
Subjection to the ghosts of friends who died,
Their dreams that drip with murder; and they’ll be proud
Of glorious war that shattered all their pride…
Men who went out to battle, grim and glad;
Children, with eyes that hate you, broken and mad.

6. In the given poem who is "longing to go out again"?
(a) The children who lost their parents
(b) The ghosts of dead friends
(c) The soldiers who returned from war
(d) Those who stammer and cannot walk properly
7. The central message of the poem is:
(a) To glamorize and romanticize war
(b) To promote patriotism and nationalism
(c) To excoriate war by pointing out its horrors
(d) To condemn soldiers who fought in the war
8. Identify the contrasting image from the following that is used in the poem:
(a) Shock and strain
(b) Grim and glad
(c) Broken and mad
(d) Stammering and disconnected
9. In the above-mentioned poem, what does the poet intend to convey when he says that "boys" will be proud of glorious war?
(a) The victory of their nation
(b) Their love for war
(c) Their patriotic love for the nation
(d) The paradoxical nature of their victory
10. Which of the following options does not capture the meaning of the verb "cow" used in the phrase "cowed subjection"?
(a) Insinuate
(b) Petrify
(c) Intimidate
(d) Frighten

Identify the figure of speech used in the following sentences [Question Number: 11 to 14]

11. When I moved to Chennai from Delhi, I had many sleepless nights during summers.
(a) Litotes
(b) Transferred epithet
(c) Metonymy
(d) Metaphor
12. What a piece of work is man! How noble in reason, how infinite in faculties! In action, how like an angel! In apprehension, how like a god!
(a) Pun
(b) Irony
(c) Synecdoche
(d) Climax
13. ‘Uneasy lies the head that wears a crown’, wrote Shakespeare in his play Henry IV.
(a) Antithesis
(b) Synecdoche
(c) Metaphor
(d) Irony
14. I never enjoyed reading Homer during my undergraduate days
(a) Metonymy
(b) Metaphor
(c) Hyperbole
(d) Oxymoron
Choose the correct meaning of the given idioms from the following options [Question Number: 15 to 18]
15. Salad days
(a) The time when you are young and do not have much experience of life
(b) A period of your life when you are mature enough to take your own decisions
(c) Glorious days of your life
(d) The time when you are old and dependent on someone even for your basic needs
16. No/little love lost between them
(a) They like each other.
(b) They dislike each other.
(c) They are great friends.
(d) They barely interact with each other.
17. Hobson’s choice
(a) A situation in which one has no choice but to accept whatever is offered
(b) A situation which allows a range of choices within particular categories
(c) One foregoes one’s right to choose
(d) Lack of choice within an autocratic regime
18. Talk shop
(a) Talk about nonsensical things
(b) Talk exclusively about business or professional matters in the presence of colleagues and others
(c) To talk about lofty things without taking any action
(d) To talk intermittently
Turn the following sentences from direct into indirect speech and choose the most appropriate option [Question Number: 19 to 20]
19. My elder brother said to me, "I have often told you not to play with fire."
(a) My elder brother often told me not to play with fire.
(b) My elder brother reminded me that he has often told me not to play with fire.
(c) My elder brother reminded me that he had often instructed me not to play with fire
(d) My elder brother reminded me that he often told me not to play with fire.
20. The teacher said, "I do not wish to see any of you; go away."
(a) The teacher exclaimed that he did not wish to see anyone and requested them to go away.
(b) The teacher said that he did not wish to see any of them and ordered them to go away.
(c) The teacher remarked that he would not wish to see anyone and asked them to go away.
(d) The teacher angrily said that he did not wish to see anyone and wanted them to go away.
In the following words three are correctly spelt whereas one is misspelt. Choose the incorrect word [Question Number: 21 to 23]
21. _____________
(a) Effervescence
(b) Remeniscence
(c) Connoisseur
(d) Fortuitous
22. _____________
(a) Diphthong
(b) Libidinous
(c) Naphthalene
(d) Sacreligious
23. _____________
(a) Exasparated
(b) Criminologist
(c) Crescendo
(d) Impregnable
24. Identify the most appropriate antonym of the word "untrammelled" from the given options
(a) Not hampered
(b) Not restricted by something
(c) Restricted
(d) Unyielding
25. Which of the following words could be the antonym of the word "nefarious"?
(a) Villainous
(b) Virtuous
(c) Officious
(d) Facetious
26. Identify the sentence with the correct article usage from the given options
(a) He was elected a chairman of the municipality corporation.
(b) His father is an European whereas mother an Indian.
(c) Could you please give me an one-Rupee note?
(d) The Mr Sharma whom you met last night is my uncle.
27. Identify the dramatic convention in which a character who is alone on stage speaks his or her thoughts.
(a) Soliloquy
(b) Sobriquet
(c) Serendipity
(d) Rhapsody
28. Some say that his downfall was caused by his hubris. Identify the most appropriate synonym to replace the underlined word
(a) Conspiracy
(b) Accident
(c) Fate
(d) Pride
29. Change the voice of the following sentence from active to passive. They laughed at his warnings and objected to all his proposals.
(a) His proposals were objected to and everybody laughed at him.
(b) His warnings were laughed at and all his proposals were objected to.
(c) His warnings were laughed at and all his proposals were objected against.
(d) His proposals were objected and warnings laughed at.
30. Identify the word which captures the essence of the word "aggression"
(a) Flagrant
(b) Effulgent
(c) Truculent
(d) Trenchant
31. Choose the correct alternative from the options to fill in the blank: "Did you think you ___________ me somewhere before?"
(a) Have seen
(b) Had seen
(c) Had been seeing
(d) Will have seen
32. Fill in the blank with the correct alternative from the options: "Unless we _______ now we can’t be on time."
(a) Will start
(b) Start
(c) Started
(d) Have started
33. "Life is what it is about; I want no truck with death.” Which of the given options captures the meaning of the underlined phrase?
(a) The refusal to associate with
(b) The desire to become one with
(c) Enmity with
(d) Friendliness with
34. "His obsequious nature was very evident to everyone." In this sentence the word "obsequious" means:
(a) Amicable
(b) Servile
(c) Hostile
(d) Superficial
35. "From what source shall I as a partial layman in the realm of pedagogy, derive courage to expound opinions with no foundations except personal experience and personal conviction?" The word pedagogy here means:
(a) The study of teaching methods
(b) The study of philosophy
(c) The study of psychological aspects
(d) The study of rhetoric
36. He behaved as if ____________. Choose the most appropriate option and fill in the blanks.
(a) he was angry
(b) he had been angry
(c) he has been angry
(d) he were angry

NEW! ADVERTISE WITH US