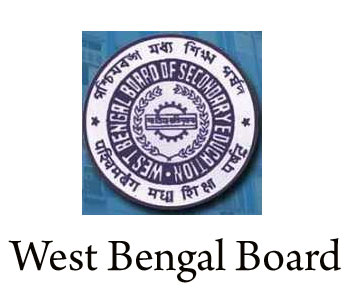 Model Questions and Answers for English (Second Language) – Part I

(All answers have been provided by Subhajit Ghosh, a student of Class XI, Paharhati Golapmani

1.   Read the following Unit and do the tasks that follow :

1.   His resentment against the animal began to show when others started admiring it. He suspected that they found it better looking than its owner. Two days later when I called at the house, I found his mother looking very upset. She told me how Suresh in a sudden and uncontrollable rage, had thrown a brick at the kid, breaking its skull.

2.   “I’ll talk to him”, I said and went out looking for him. I found him near the stream, lying flat on his belly in the soft mud, chasing tadpoles with a stick.

5.   He took a pen-knife from his shirt pocket and held it out to me by the blade. He pointed to his bare stomach and motioned me to thrust the blade into his belly.

6.   “You are a funny fellow”, I said, taking the knife and throwing it into the stream. “Come, let’s have a swim”. We swam all afternoon and Suresh went home smiling.

(i)   His resentment against the animal began to show.

(ii)  I found him near the stream.

Ans: pen knife which Suresh had taken out from his shirt pocket

(b) Pick out appropriate statements from the text to match the following functions.

(i)   Asking for explanation

Ans: You are a funny fellow.

(i)  The other could, at, last, make Suresh Happy.

Ans: ‘We swam all afternoon and Suresh went home smiling.’

(All answers have been provided by Sukanya Dasgupta, Assistant Teacher, Jadavpur Vidyapith)

1.   Read the following passage and answer the question set below:

Surprisingly,  Salim  Ali  had  no  university  degree.  Although  he  joined  college,  his  intense  dislike  for mathematics did not allow him to continue his studies. He left for Burma to help his brother in his farm. But here again he proved a failure. In the jungles of Burma he looked for birds instead of animals.

Bombay Natural History Society. But, for lack of funds his post in the museum was abolished.

He spent his life threading his way through the obscure regions of the Indian subcontinent, discovering, studying and identifying about 300 birds in the Indian region.

One of his most noted theories is that birds have their own language. In fact, they communicate with each other through simple sounds and actions. Moreover, birds react in their own particular way to threat, pleasure and pain. But according to him the structure of the bird’s brain suggests a comparatively low level of intelligence and there is no possibility of regular conversation as we know it.

However, says Dr. Ali, the best talker among the Indian birds is the Hill Myna whose articulation of the human voice is clearer than even the parrot. The best songsters are the Greywinged Blackbird and the Malabar Whistling Thrush.

Salim Ali was a married man and badly needed a job. But the best he could hope for was a clerk’s post and that would leave him little time to pursue his interest in birds. Luckily, his wife had a small income and could support him. They moved to a small house at Kihim, across the harbour.

(iii) He left for Burma.

(iv) His strong dislike for mathematics made him leave the college.

(v)  He was appointed a guide at the museum of the Bombay History Society. Ans: