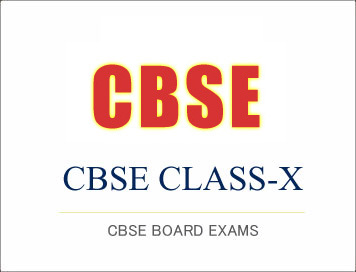 (i) The Question paper is divided into three sections. All questions are compulsory.

(ii) You may attempt any section at a time.
(iii) All questions of that particular section to be attempted in the correct order, as far as possible.
(iv) Do not exceed the prescribed word limit while answering the questions.

1. Read the passage given below and answer the questions that follow : 8

1 Education is not only about acquiring knowledge, it is also about applying the knowledge for the betterment of society. Described as ‘‘future’’ of every society, it is the responsibility of each school student to bring about major changes in society as a whole through their efforts.

2 The future is full of uncertainties. So it will be students’ responsibility to do their best to reduce the damaging effects of a natural disaster. Gaining strength from their bookish and practical knowledge, students play a major role in not only making well-informed plans to face the after-effects but also in helping victims of a disaster through their timely help.

3 This is where their presence becomes important as part of an effective ‘‘Disaster Management’’. Disaster Management, also called as Crisis Management is a methodical process to protect the lives and property of people from unforeseen natural and man-made crises.

4 An attempt to reduce the loss caused by a calamity, the student community teamed with groups of teachers may make its strong presence felt in assisting communities to better deal with emergencies. Many instances of students saving the lives of their fellow citizens and strangers become an inspiration for everyone to do the best they can to reduce the suffering caused by a disaster.  The students desirous of helping others may extend help to the needy ones in many ways.

5 Here are the preventive steps students can take to help to save an accident victim. A thought out plan that will come into force during an internal or external disaster, active involvement with public agencies like ambulance, police and fire departments, imparting training to school staff to better manage the crisis without panicking, circulation of pamphlets about disaster management in every classroom, identifying the extent of damage caused by the crisis as a data point for the head of the institution to begin corrective measures and constantly being watchful about the safety of school mates.

1.1 On the basis of your understanding of the above passage, answer any eight of the following questions : 18=8
(a) What is education all about ?
(b) What is the responsibility of a school student ?
(c) What is ‘Disaster Management’ ?
(d) What is the role of students during a disaster ?
(e) From where do the students get strength to face the after-effects of the disaster ?
(f) What are the preventive steps the students can take to help the accident victims ?
(g) How are others also inspired to do their best to reduce the sufferings caused by the disaster ?
(h) How does training of school staff/students help in management of the crisis ?
(i) How does data collected about the disaster help the head of an institute to control the crisis ?

2. Read the passage given below and answer the questions that follow : 12

1. Poor hygiene and lack of sanitation facilities cost India 6,00,000 lives annually due to diarrhoea and other such diseases. Almost 450 million people in India do not have access to toilets and defecate in the open. Not only this, lack of toilets also exposes a large number of the country’s women to the risk of sexual assault.

2. Swachh Bharat Mission (SBM) was launched on the birth anniversary of Mahatma Gandhi on October 2, 2014, at Rajghat in New Delhi. This national campaign, initiated by the Government of India, covers 4041 towns across the country and aims to make the streets, roads and infrastructure clean by 2nd October, 2019, Mahatma Gandhi’s 150th birth anniversary.

3. This mission to clean India’s cities and villages is estimated to cost around < 62,009 crore. It is the most celebrated scheme which aims to combat dirtiness and generate awareness among the citizens of India of the importance of sanitation and hygiene. Millions of people, celebrities, politicians, academic institutions, NGOs, and local community centres across the country have joined this cleanliness initiative of the government by organising cleanliness drives across the country. From Bollywood actors to sportspersons, government officials to armymen, industrialists to spiritual leaders, all are willingly contributing towards making India clean.

5 The mission aims to eradicate open defecation by 2019. Prime Minister while launching the SBM, called for making the goal of Swachh Bharat as a mass movement, with people taking a pledge to neither litter, nor let others litter. The mission aims to eliminate open defecation by constructing toilets for households, communities, abolishing manual scavenging, ushering in advanced municipal solid waste management practices, encouraging private sector involvement in the sanitation sector and last but not least by bringing about attitudinal change with regard to sanitation.

6 The government has greatly publicised this mission, yet there is a lack of adequate awareness of making India clean, which is a major cause of concern. If each and every person starts making efforts to keep the surroundings clean, we would definitely see the positive results soon. (392 words)

2.2 On the basis of your understanding of the above passage, fill in any two of the following blanks with appropriate words/phrases : 1x2=2
(a) From Bollywood actors to the sportspersons, government officials to armymen, industrialists to spiritual leaders, all are willing by contributing towards ___________ .
(b) Swachh Bharat Mission aims to eradicate open defecation by ___________ .
(c) There is a lack of adequate awareness of making India clean which is a major ___________ .

2.3 Find out words/phrases from the passage which mean the same as the following. Attempt any two. 1x2=2
(a) availability (para 1)
(b) series of planned activities (para 4)
(c) to remove/get rid of (para 5)